So, what have I done today?

Today is Sunday, so I'd like to say I did something proactive or sociable and came off the computer, but no. I spent the day looking through MMD models to make some new characters for my upcoming series. The boy love series.

This series is still in VERY early development, but once Lovesick EP5 is uploaded I'll be trying to get this series up as soon as possible. So far I have a casting call receiving auditions and 6 scripts written up. The scripts were taken from the manga, this series is a manga adaption, the manga I am following is Totally Captivated
I read this manga YEARS ago and I've reread it over 10 times at least! So yea I recommend!

I always wanted this manga to be made into an anime, but no such thing. So why not make it an animation instead! ;)

And so today I spent a few hours looking through models editing and combining them together to make my two main characters. (These may be changed later) 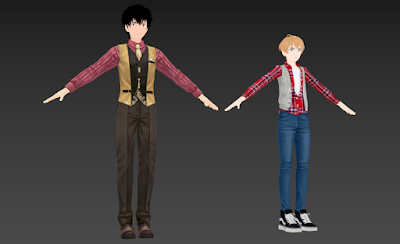 Left is Mookyul and to the right Ewon

I'm pretty happy with how these turned out, Mookyul especially looks very similar to that in the manga. I could have found more appropriate face models to make them look older, but each MMD model has facial animations built in, and these two models have lots of features, including tongues...Which I'll be needing. Side note, I also found a penis model... Not sure if ai will use it, but good to have on hand. 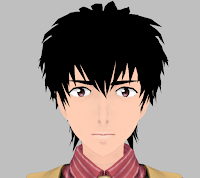 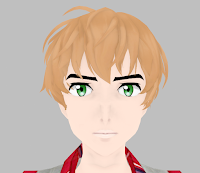 I'm really looking forward to animating these two together, its going to be a lot of fun!

What do you think of the models so far? Have you read the manga?