I hope your having a better day than I am! Dying of the flu, our entire house is suffering sadly, but we shall prevail! I've just spent the day playing Two Point Hospital, finally getting 3 stars instead of 1 if you've seen my lets plays, that's pretty impressive for me!

So 2018 huh, its been another quick year...They go so fast when you get older its not even funny.

My 2018 was quite a busy one, The first 4 months I was living in Ireland, working at a VR Education Studio, as we all know, I left that and came back to England to try and work full time on YouTube.
I got 3 episodes of Lovesick done, 1 Halloween and 1 Christmas special as well as the rival introduction video.

I started on a few fan made videos featuring the likes of DVA and Pikachu, I also did two RWBY Tributes and a number of Sakura Announcements, including my first QA

A comic dub was recreated for Miraculous Ladybug and a new fan base joined our channel!

I also revealed my self as a Avatar for my Just Abby Gaming channel which was something I dreaded, but you all love us Yorkshire Lasses so it went down pretty well! 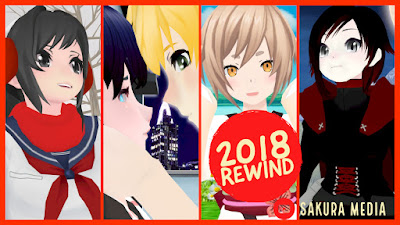 But most important of all we hit 100,000 Subscribers and I got my Silver Play Button! And currently I'm at 144,054 subscribers this New years eve so we are constantly growing!!!

Unfortunately though I did make a video about the end of Lovesick, and its still something I am mulling over, I won't have a final answer until the end of January I imagine. But I am still animating other things, I'm obsessed with animation so I'll never stop, but Lovesick is such a big project to work on. So I'm just having fun doing other things while I make my final decision.

I'll be uploading another video in the next few weeks which I think a lot of you will really like, you've already seen a preview if you follow me on social media. 😉

I'm going to leave this blog here, I didn't want to do another lengthy post, but just share some of my highlights on YouTube with this video. I'm looking forward to doing more animations in the new year and seeing what happens. I hope you all have a lovely night celebrating and have a wonderful New Year!

at December 31, 2018 No comments:
Email ThisBlogThis!Share to TwitterShare to FacebookShare to Pinterest 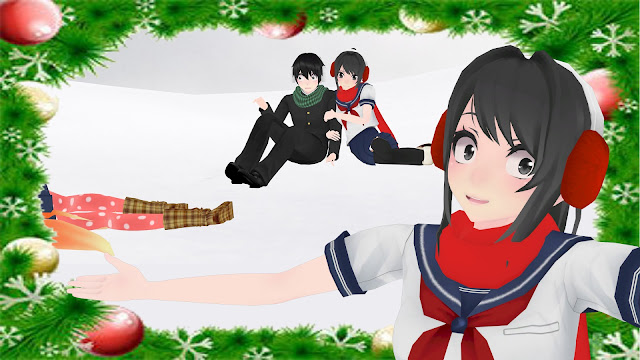 I'm really happy with how this video turned out, it's one of those videos you can watch over and over again <3 I even showed it to my mum, who isn't a fan of Lovesick or Yandere Sim and she said she really likes it, she really shouldn't, but she does! Defiantly a winner!

So a lot of people have already guessed its a remake of Yandere Devs 'It's beginning to look a lot like Murder' cover he uploaded on his channel in 2015. I didn't just take the audio and animate to it though, I even got my lovely Ayano Voice Actor to sing the song! She did a great job!

I'll be uploading the video today for my patreons and it will go live on my channel for everyone else this Saturday 15th December!

The end of Lovesick? 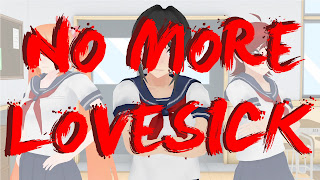 So you've probably seen my latest video, if not I recommend you go watch it if you don't want to read this lengthily novel to understand whats happening. But if you do want to hear more from me explaining my current situation read on as I explain WHY Lovesick and Sakura Media might stop altogether.

To put it simply, I'm not making any money. In May 2018 I quit my Industry job and moved back into my parents house, I decided to try and do YouTube full time as Sakura Media, to try and make a living out of Lovesick and Animations on my channel. The money wasn't a big issue at this point because I figured I slowly start to make more as time went by. And I did! But it went down very quickly too, I need to have a good regular and RELIABLE income for me to continue doing this full time, but my animations take along time to do. They aren't videos I can upload at a weekly basis never mind a daily basis like most You Tubers do. Each Lovesick episode does do insanely well view wise, but they gradually increase over time so the money is very little and spread out over months.

I don't want this to sound like just in it for the money... But I'm 26 years old, I just moved out of my own house where I had a good income, to now move into my parents spare bedroom with a bit of pocket money every week. I have defiantly gone backwards.
But it was a risk I was willing to take to be able to animate my own videos for a living, I worked in the game industry for 3 years and every day at work I would think about what I could do for my own animations. I would get so frustrated at work and daydream about the possibilities, so when my YouTube channel started to get popular I jumped at the chance to make Lovesick a series that would start me on the road to doing this full time! It was exciting but also very scary.

All my work colleges at the time were egging me on and impressed with what I had accomplished in my spare time. But they didn't see how tired and ill I had made myself too. All they saw were the subscriber count going up, that's all anyone saw.
Monday to Friday I worked 8.30 till 6 on a computer and during the weekends I'd work practically all day working on Lovesick. I'd sit down at my computer in the morning and not leave till it was dark outside, so many times I hadn't even moved from my chair to eat and also realising I hadn't been up to use the toilet that entire time either...that was a weird one.
Now straight away that's obviously not healthy, I've gained a lot of weight this past year...which I don't really care about but I usually don't put on weight so it was a sign I've gone too far. Every night I had headaches because of looking at a screen all week and my hands were aching from repetitive strain, which I've always had issues with, but it got really bad.

I'm not trying to make you pity me, at the end of the day I don't regret working like that because it was my chance to work on my own series and that's all I want to do. People work on projects like this all the time, working themselves to the limit because they have so much passion for it. But all my hard work to create a video leaves it to then be uploaded onto YouTube. And YouTube hasn't been at its very best these past few years.

In the last few years YouTube has: (These were taken from another blog)
So for YouTube to be my only income, its not a very reliable one is it? It would be a little bit different if I was able to upload a video a lot more often, but that's literally not possible for animations.
And its even harder with Lovesick because that's a big production, let me explain the process of making a lovesick video.
So over a months worth of work, which I did estimate at the beginning and figured that would be possible when doing this full time, but things would get in the way, and its never as simple as you'd imagine. And in those moments where I was waiting for voice actors or other things I take that opportunity to work on other animations. Like the Miraculous Reveal or Rwby Animations.
I'm not going to lie, I get bored with Lovesick, I'm not a HUGE fan of Yandere Simulator, I think the game is fun and the character development and backstory is interesting but the fandom behind it is insane and the drama...seriously?! Not for me.

So yea, I did get side tracked and worked on other things, which I stated in my video was a bad thing to do and was all my fault. If I had focused on Lovesick only I'd probably have 3 episodes done for the second season by now. But I figured the more episodes I could get out quickly other than Lovesick would help increase my income, but I was very wrong. But this whole thing has been a complete learning curve for me. I'm only just learning the 'ways of YouTube' And that thing changes every minute.

So now that I've explained my situation I need to think about my options for the future. I can't continue living at my parents house for much longer, so I need to get back onto a steady income and the only options I can see for my self are
BUT Mid December I am starting a contract job with a games company for around 3 months worth of work, so this is a good opportunity for me to make some money to last a few months doing YouTube for a bit longer and it lets me try out industry work and YouTube work at the same time, to see if I can do both without making myself ill and overworked.

So With all of this in mind, I am thinking that by May 2019 I will have made my final decision. To continue YouTube or to Join the Games Industry once more.

For now I hope you don't unsubscribe to me in a fit of rage learning that Lovesick might not be finished. Please think about the fact that I am doing so much work completely alone and with very little reward. There are so many You Tubers out there who honestly do very little when it comes to content, they can record, edit and upload a video in a day. And they have hundreds of patreon support too! And animation channels on YouTube make very short and simple videos.
I haven't seen any other animation channel on YouTube who has made a series completely alone, with each video over 5 minutes (Series wise) and have good quality animations throughout.
Maybe I haven't seen one because it literally cant be done, not by relying on YouTube alone.

I really want to continue doing YouTube, I've gained such a massive following in just over a year and I really enjoy doing my own animations over games industry work. But I really need to sort out whats best for me at this point and I hope you understand. I know a lot of people will have things to say about this, good and bad. But I'm one of those people who think, 'Its my life, I'm going to do whats best for me at the end of the day.' And I'm not going to change that way of thinking.

For now I hope you enjoy the Christmas Video I'll upload soon and I'll keep you informed about Lovesick Season two when I make my decision. Maybe something will change.

Thanks for reading this all the way through, I feel like I just made my own Yandere Blog, but less professional XD